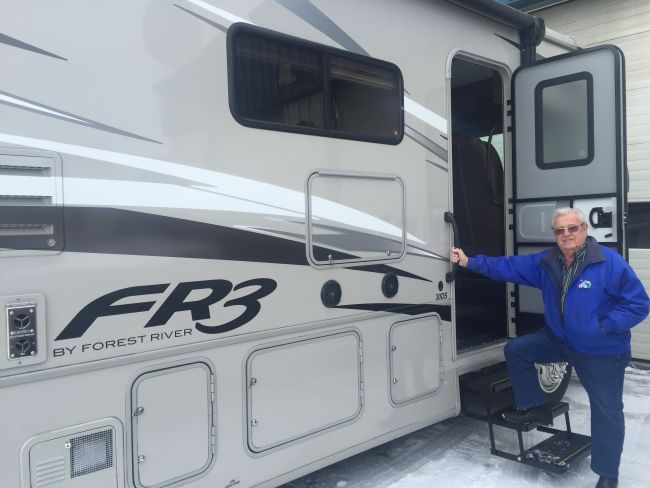 Before long, some of Marquardt’s interests will be found in one spot and he couldn’t be happier.

“The consolidation is going to be great because we’ve been so spread out across Anchorage,” said Marquardt, 79.“We created this plan about two years ago when I noticed the available property and the ol‘ light bulb went off.

“We were able to buy enough land at a wonderful location near one of the busiest intersections in town, and we did so with the financial help of our trusted bankers at First National Bank Alaska who I’ve been working with for more than 50 years.”

ABC is building a new indoor showroom near the 8000 block of the Old Seward Highway, close to the Dimond Boulevard intersection. The former electronics store next door has been transformed into the company’s parts store.

“We’ll be able to display around 25 to 30 motor homes and travel trailers in a new warm and comfortable showroom, making it one of the largest and most pleasant such rooms for RVs in Alaska,” said ABC General Manager Patrick Nutter.“We’re quite excited and know our customers will be as well.”

Marquardt first arrived in Alaska in 1957 as part of the United States Marine Corps. He returned to build a life in the Last Frontier after completing his military commitment about a year later.

Marquardt spent years laboring for construction and lumber businesses before the allure of the tourism industry grabbed hold.

“In 1985, things weren’t looking too rosy for Alaska or the lumber business,” Marquardt said. “I put two and two together and thought I might be needing a career change.

“I’d read about the popularity of tourism and eventually bought my first motor home to rent. It was rented all the time, so I bought five more the next year and then just continued to double the fleet.”

As ABC grew, Marquardt relished the ability to promote Alaska’s roadways and vast beauty to locals and visitors when they bought or rented his vehicles. The company successfully“went Hollywood” on more than one occasion by renting to major motion picture production crews making films throughout the state.

“We’ve had a lot of fun and were able to make contact with people from all around the world,” Marquardt said. “These days, we’re constantly talking about the endless possibilities exploring Alaska can bring and the great selection of products we’ve made available to help you do so.”

According to Marquardt, ABC employs about 85 full- and part-time employees. During the busy summer months, he said about 16,000 people will use the company’s vehicles to see the state. “We take a lot of pride in helping create these adventures,” Marquardt said.

Whether financing is needed for the purchase of new vehicles or company infrastructure, Marquardt always feels comfortable asking First National for help.

“And the bank has always been there!” he said.

Marquardt’s relationship with the bank began in the 1960s when he met a former banker who shared his affinity for Saint Bernards.

“I was building a business and the banker was sure First National was right for me,” Marquardt said. “He eventually brought me to meet D.H. Cuddy.”

“I’ve always appreciated working with First National,” he said.“Everyone there has always treated
me well.”

With the new facility nearing completion and Alaska tourism still popular, don’t expect Marquardt to retire or slow down any time soon. He typically spends some time at work every day of the week.

“Our business is service-oriented. One of my biggest accomplishments has been finding good people to help us be successful,” he said. “I’m thrilled to be working with them even though I think my wife might like me to retire.

“This place and what we do gives me a reason to get up in the morning.”

Learn more about ABC’s products, services and links to all its businesses at abcrvsales.com. 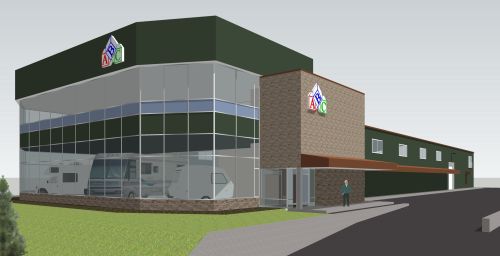